The kangaroo is one of Australia’s cultural icons, but these peaceful animals are hunted by those who want to use their flesh and skin or by farmers who want the pasture where they’re found in order to graze forcibly bred introduced species such as cattle and sheep.

Kangaroo flesh is sold domestically, including to the Australian pet-food market, as well as internationally (mostly to Europe). Meanwhile, kangaroo skin is used by shoe manufacturers – such as RM Williams and EOS Footwear – and sold to tourists in tacky souvenir shops.

At dusk, when groups of kangaroos are grazing peacefully, commercial roo hunters start shining blinding spotlights into the bush looking for victims.

Reports show that more than 1.5 million kangaroos were killed in 2015 and that 5 million were slaughtered in 2012. Hunters use rifles, and the national Code of Practicerequires a lethal shot to the head, but this often doesn’t take place. Up to 40% of commercially shot animals are hit in the neck or elsewhere on the body instead, and commercial shooting tends to be more accurate than recreational, since those shooters are required to pass a competency test. No statistics are available for the number of animals who get wounded and escape, only to endure a long and painful death as a result of their injuries.

The Code of Practice also requires hunters to shoot “at-foot joeys” and decapitate or “crush the skull and destroy the brain”of pouch young, meaning that most joeys’ heads are swung and smashed against hunting vehicles to kill them. Even worse, many dependent young joeys are left in the field to suffer from exposure, starvation, and predation.

Kangaroos are often butchered in the field and transported on unrefrigerated open trucks. A two-year investigation conducted by the Wildlife Protection Association of Australia and Animal Liberation NSW found that many of the carcasses stored by the kangaroo-meat industry were contaminated by dangerous bacteria, including E. coli, streptococcus, and staphylococcus.

In 2014, Russia banned kangaroo-meat imports for a third time because of pathogenic contamination.

In areas of Australia, groups try to hide behind the guise of environmental sustainability in order tokill kangaroos en masse. But to say kangaroos are damaging the land they’ve lived on for 4 million years is simply laughable. Overgrazing by introduced sheep and cattle is the real culprit behind land degradation.

Macropods – in all their various species – are an integral part of Australia’s ecology, and killing them has untold consequences on the environment. Since the European settlement of Australia, six Macropodidae species have already become extinct. If humans don’t start to consider the impact of our lifestyles on other animals, we’ll no doubt see more species become extinct in the future.

The best way to protect the environment and save animals is to adopt a vegan lifestyle. Should we really deny kangaroos the opportunity to graze simply because we want sheep – who are used for wool and meat – to have that grass instead? From 2014 to 2015 in Queensland alone, nearly 300,000 hectares of woody vegetation were cleared, mostly for grazing cattle.

Every time a story surfaces about elephants being killed for their ivory or whales for their flesh in other countries, Australians express outrage, but the hunting of kangaroos in our own backyard is no different. We should respect the lives of all animals. 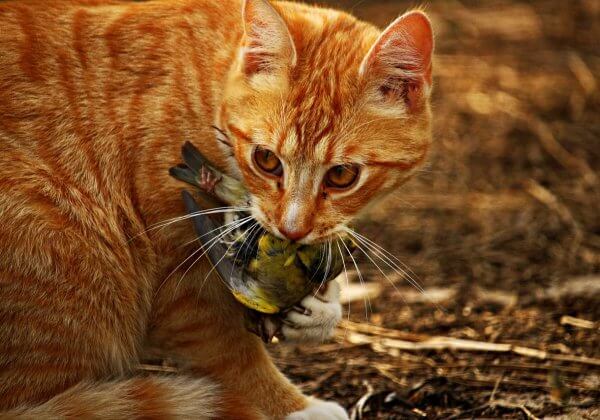