Cats make wonderful family companions, but when they live feral or are left to roam unattended outdoors, they are exposed to many dangers – including contagious diseases, speeding cars, poisons, and attacks by dogs and cruel humans – and can themselves be very dangerous to native animals. It’s estimated that feral cats kill 75 million native animals every night across Australia, including birds, frogs, small mammals, and reptiles.

Where Did Feral Cats Come From?

Australia’s feral cat colonies didn’t just spring up out of nowhere. They’re the direct result of the irresponsible actions of people who abandon their unsterilised cats or allow them to roam outdoors unsupervised.

One study in Victoria revealed that 13 per cent of cats had a litter prior to being desexed. Unfortunately, lots of kittens don’t find loving homes. Many are surrendered to shelters, which are already overrun with animals, and are euthanised. Worse still, countless others are abandoned to fend for themselves, sometimes joining feral cat colonies.

Companion Cats Can Be Deadly, Too

While feral cats living in rural Australia are certainly lethal to wildlife, cats with human families who are allowed to roam around urban areas still have hunting instincts, no matter how well fed they are. Most cat guardians are in denial about the number of animals their cats kill. One study found that they see only about 23 per cent of their cats’ victims.

If allowed outdoors, all cats will terrorise, maim, and kill native birds and other small wild animals, who are struggling to survive other challenges (such as development in their habitats) and aren’t equipped to deal with non-native predators. These animals die from puncture wounds and from being crushed by cats’ jaws. Unfortunately, many cats spend a great deal of time playing with their dying, convulsing prey, whose suffering is intense. Many of these animals are then left to die slowly.

In 2015, the Australian government announced that it intended to kill more than 2 million feral cats by 2020 through shooting, trapping, and poisoning, and one council even offered a cat-scalp bounty. Feral animals who are shot or poisoned suffer and feel pain in the same way that our family cats would.

Feral cats are wary of humans and therefore can be difficult to shoot lethally at a distance, which often results in non-fatal injuries and a slow, agonising death. Likewise, poisonous baits containing toxic 1080 can be horrifically cruel and often aren’t ingested by cats (who prefer hunting live prey), so they simply end up killing the native species they were intended to protect.

Trapping and, if necessary, euthanising feral cats is the only way to take these animals out of the environment humanely. As a preventive measure, more states need to introduce laws requiring cat guardians to have their animals desexed – as South Australia and Western Australia have already done – and to keep their cats indoors, as is already mandatory in areas of Canberraand Melbourne.

Immunocontraceptive programmes – in which animals’ immune systems are altered to make them sterile – could be a humane and effective long-term method for decreasing feral cat populations. The contraceptives are usually administered orally or via a vaccine.

While this technology hasn’t been used in Australia before, it has been employed successfully overseas. In one European study, a long-lasting fertility suppressant established an 89 per cent reduction in the fertility of feral female goats that lasted for two years after treatment. Immunocontraception has also been used on companion dogs in some situations.

What Can You Do?

There are many ways in which you can help wildlife and cats, including the following:

Think your cat just hangs out in and around your yard? Think again. The best way for cats to enjoy the great outdoors is from the safety of a window or screened porch or in a securely fenced, escape-proof enclosure. If your cat is more adventurous, consider taking him or her for walks with a harness and leash or in a “kitty stroller”.

Hundreds of thousands of healthy cats are euthanised at animal shelters every year, simply because there aren’t enough good homes for them. By adopting from a rescue centre or shelter, you’ll save a life and avoid lining the pockets of businesses or individuals who are contributing to the overpopulation problem.

To combat the homeless-animal crisis, we need to turn the tap off at the source, and that means having your cats sterilised. That way, if they ever do escape from your home or watchful eye, at least they won’t reproduce.

Australia’s ecosystem faces many challenges because of humans and the non-native animals we breed for food, clothing, and other purposes. The recovery of at-risk wildlife populations would be aided not only by the sterilisation of cats but also by a reduction in land clearing and therefore habitat loss. For example, in Queensland alone, almost 300,000 hectares of land are cleared every year, largely for animal agriculture.

For more information on helping animals, sign up to receive PETA E-News. 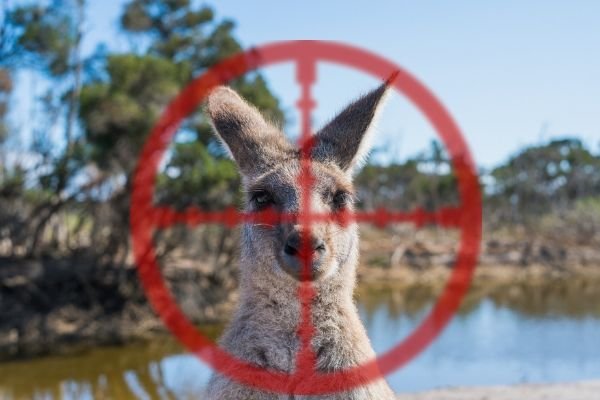