Burger lovers, rejoice! McDonald’s is offering its first vegan meat option in Australia: the McPlant, featuring a plant-based patty developed with the help of Beyond Meat.

The McPlant is now available in 270 locations across Victoria and must be ordered without cheese and mayo to make it vegan.

Ordering a McPlant at a drive-through is no biggie to us, but it’s a matter of life and death for cows.

Every year, around 8 million cows are killed in Australian abattoirs and dismembered piece by piece to be sold for their flesh. The majority die at just 18 months old – a far cry from their natural life expectancy of about 25 years.

Cows (and steers and bulls) have personalities as distinct as those of dogs, with their own emotions and interests. They have been observed chasing balls, can learn how to unlock gates, and have been known to go to extraordinary lengths to escape from abattoirs.

Every time someone cooks a steak or orders a hamburger, they’re sentencing one of these sensitive, clever animals to a life of suffering and an early death.

We’re the first to point out that McDonald’s McPlant should come with vegan cheese and mayo as standard, but its existence is progress and we’re “McHappy” to see it.

By purchasing plant-based options, we can encourage companies to extend their vegan offerings to make compassionate eating more accessible and appealing to new audiences.

So which chain should be next to add a vegan option to its menu? KFC, we’re looking at you.

Let’s Get Vegan Chicken at KFC in Australia! 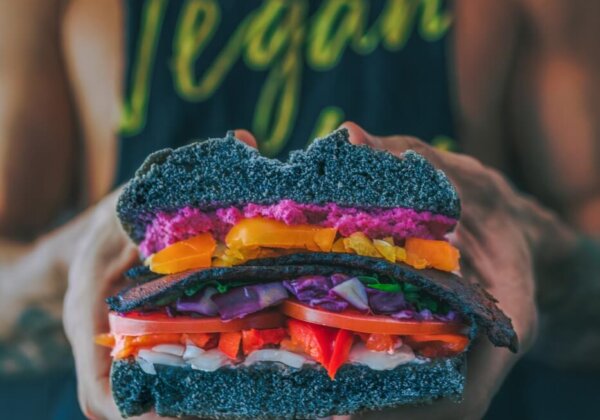