What’s the difference between Sea World on the Gold Coast and the SeaWorld in the US you see in the documentary Blackfish? While there are no financial ties between the two abusement parks, they have the same name (almost), they both keep animals in cramped and unnatural enclosures, and they both force dolphins to participate in shows and breeding programmes.

The main difference between SeaWorld and Sea World is that the American park has orcas while the Australian one doesn’t.

As highlighted in Blackfish, orcas – the largest members of the dolphin family – are highly intelligent mammals who travel great distances in large pods, making them exceptionally unsuited to life in a tank. The same thing, though, is true of bottlenose dolphins, who are exhibited and bred by both theme parks for profit.

In the wild, orcas and other dolphins can swim more than 100 kilometres per day while diving and surfing waves, but in captivity, they’re confined to tanks that allow them to swim only a small fraction of that distance. They navigate by echolocation, so when confined to pools, the reverberations from their own sonar bounce off the walls, which can drive them insane.

The Gold Coast facility’s lack of orcas doesn’t make it any more ethical, because it’s still breeding dolphins and other animals, who are also denied everything that’s natural and important to them, just for the sake of circus-like shows.

As if that weren’t enough, Sea World on the Gold Coast also exhibits polar bears, another species requiring a lot of space in which to roam and swim and a much cooler climate than the subtropics.

Twice daily, both parks promote dolphin shows, in which “marine mammal trainers” ride on the animals’ backs, command them to dive and jump, and launch humans out of the water. The dolphins’ lower jaws, which are highly sensitive and crucial for their hearing, bear nearly the full weight of the trainers during such tricks. In February 2020, SeaWorld in the US announced it would phase out stunts in which trainers ride on dolphin’s dorsal fins and snouts, a move Sea World in Australia has yet to follow.

At both places, visitors are encouraged to pay extra to pat and swim with dolphins.

In 2016, SeaWorld in the US announced that it would end its orca-breeding programme but has since continued to breed bottlenose and Pacific white-sided dolphins. Female dolphins there are routinely impregnated, either while they’re confined with sexually mature males or through forcible artificial insemination, which often requires sedation with diazepam so that the semen can be manually deposited into the reproductive tract with a catheter. SeaWorld even employs artificial reproductive techniques to manipulate the sex ratio of its captive dolphin population and manually select for female calves in the hope that they will grow into successful breeders. Out of the 30 sex-selected inseminations there, 28 have resulted in the birth of females.

Sea World in Australia claims its dolphin breeding is done “naturally” but is also part of a “carefully managed breeding program” – statements which completely contradict each other. It has made few other public comments about the programme.

Bottlenose dolphins, the most common species held in captivity, are not threatened in nature and are listed as of “least concern” on the International Union for Conservation of Nature’s Red List. The only reason dolphins are being bred in captivity is to perpetuate their use for entertainment.

Sea World in Australia’s estimated gate takings are more than $133 million annually. Of that, it spends $1 million – not even 1% – on rescue, research, and rehabilitation.

SeaWorld in the US is only slightly less disgraceful. In 2018, its conservation fund spent the equivalent of only about 2.2% of the company’s profits.

Sea World in Australia does have some rescued dolphins, but if it genuinely cared about their welfare, it could easily establish large ocean pens for their long-term care, where they could swim freely and feel the ocean current, rather than retaining them for performances and other interactions with humans.

So is Sea World in Australia as bad as SeaWorld in the US?

Despite differences in their line-ups of captive performing animals, both Sea World and SeaWorld are entertainment businesses, far more interested in making profit than in making a difference for animals.

What You Can Do to Help

More and more travel providers are refusing to be associated with Sea World. In 2019, TripAdvisor and Airbnb joined the list of companies that have cut ties with the notorious park.

Let’s keep adding to the list and chipping away at the only thing marine abusement parks really care about: their bottom line. When people stop paying to see depressed captive animals crammed into tanks, dolphins and other cetaceans will finally get to retire to seaside sanctuaries. 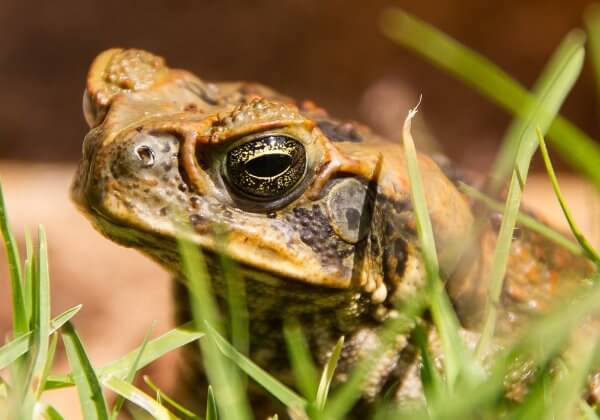