Happy Valentine’s Day! As you celebrate this day of love, warm your heart even more with these tales of romance and companionship in the animal kingdom:

Gibbons exhibit low sexual dimorphism, meaning that males and females don’t differ much in terms of colour, weight and size. This equality between the sexes is considered to be one reason these furry friends mate for life.

Although recent studies have shown that, much like humans, gibbon couples cheat, get jealous and have even been known to get divorced, they are rarely seen without a mate. Once gibbons find “the perfect match”, they love to spend time together hanging out in trees, grooming each other and sharing the responsibility of raising their young.

Wolves are extremely loyal to their families and rarely stray from their pack. In the wild, once they’ve found “the one”, they really don’t waste any time – they start a family by the age of 2, and most continue reproducing until they die.

Wolves do everything with their pack, and like most dogs, they are super-active and love to run around and play with their mates. The phrase “couples who sweat together, stay together” is definitely true for wolves!

Monogamy isn’t just for the land-dwellers. The vast waters of the ocean may seem like a lonely place, but not for these beauties! French angelfish obviously don’t see much of a point in “personal time”, as they live, travel and even hunt with their other half. The strong bond that they form with one another usually lasts a lifetime.

“‘Til death do us part” is a saying that’s definitely fitting for black vultures – who, as it turns out, aren’t as sinister as you might think. Relationships are special to these birds. They are believed to mate for life and stay with their partners all year round. Black vultures work as the perfect tag team when it is time to care for their eggs – as one incubates, the other feeds, and they swap duties until their baby is born.

With a courtship that can almost be described as Shakespearean, penguins are definitely up there on the power couples list. Male penguins go above and beyond for their mates – certain species scour the beaches until they find a pebble that is perfectly round and smooth to give to their potential soul mate.

If she accepts his gift, they will start a family. Once the female lays her egg and makes sure that it’s safe under daddy’s feathers, she leaves on a two-month-long hunting trip. Dad is in charge of keeping the egg safe in the harsh arctic conditions, and he is not allowed move under any circumstances – even for food!

It’s all worth it, though, when mum returns and they can live as a happy family – and the cold weather gives them an excuse for plenty of cuddle time.

Swans have long been associated with romance. The classic image of their necks intertwined in a heart shape as they float gracefully along the river is actually a courtship ritual. They also flap their wings and “dance”, making various hissing and grunting noises (not so romantic!). If the birds fall for each other at first flap, then they mate for life.

The Australian shingleback skink is unlike most reptiles in that the male will usually have only one mate. To attract his lady, a male will show off his “French kissing” techniques by licking the female all over. Once she succumbs to his advances, these scaly soul mates are set for over 20 years of lazing under the sun together.

While most antelope live in herds, once dik diks have found their true love, they leap off into the sunset as a lifelong pair. The male takes minimum parental responsibility, and the couple’s relaxed parenting methods extend to kicking their children out of their territory when they are 7 months old so that they can retire in peace.

In addition to being seriously adorable, prairie voles are also considered the most monogamous animals of all. Everything seems to be smooth sailing in their relationships. Couples do a great job of managing their parental responsibilities and nest chores while always making sure they have enough down time with their family.

Unlike most insect colonies, termite queens aren’t particularly promiscuous. Limiting themselves to one mate, the king and queen rule their kingdom together. Each termite colony consists of the king, the queen and all their offspring. Since termites can lay up to 30,000 eggs in one day, this means that serious team work is required from mum and dad!

Treat someone you’re mating for life with. Check out these easy Valentine’s Day recipes that will impress anyone! 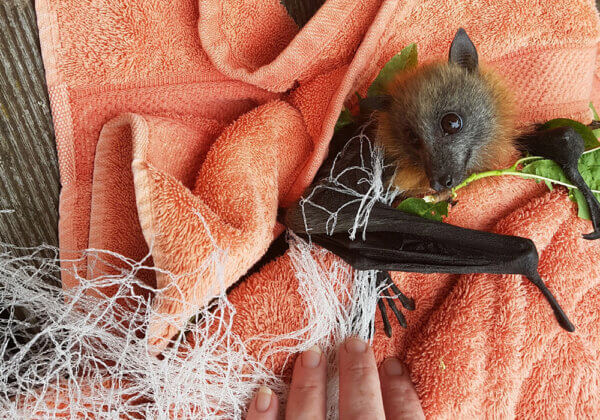