Every week, more than a billion live animals are transported worldwide over long distances, through blazing heat and freezing cold, often without food, water, or veterinary care – as if they were nothing more than freight. Their gruelling journeys frequently end at an abattoir, where they face a terrifying death. Others end up on pet shop shelves or in laboratory cages.

On August 29, caring people around the world participated in a global day of action against all forms of live-animal transport. The day marked the 20th anniversary of the world’s worst live-export disaster, when more than 67,000 sheep burned to death or drowned as the ship carrying them from Fremantle burst into flames and sank.

The best way to help animals is never to buy them or their body parts for any reason, but we can also help reduce their suffering by taking action now to improve their transport conditions. Here are 10 actions you can take:

1. Write a letter to your local paper about chickens transported for food.

Let people know that chickens are rounded up by workers who grab them by the legs and sling them into crates for transport, often breaking their fragile bones. They are often deprived of food and water, and the journey to the abattoir may be many hours long, through all weather conditions.

On August 16, an unknown number of chickens in crates were injured and killed when they fell off a truck and landed at the doorstep of a Kentucky Fried Chicken in Victoria. This tragic incident prompted PETA to apply to erect this memorial at the site:

2. Tell Air France officials that you won’t fly with the airline until it stops shipping live monkeys.

Air France continues to ship monkeys to laboratories to be tormented in experiments, even though every other major airline in the world refuses to do so. The monkeys are bred in captivity on squalid factory farms or torn away from their homes and families in the wild before being crammed into tiny wooden crates and loaded into the cargo holds of both cargo and passenger planes.

3. Hold a vigil or remembrance service for pigs transported for food and invite members of the media to attend.

In order to force terrified pigs onto trucks bound for the abattoir, workers often shock them with electric prods. Pigs are then transported many kilometres through all weather extremes. Some of them die of heat exhaustion whilst others are injured during the journey.

Australia sends more than 2 million live sheep and cows to the Middle East every year – a gruelling trip across the Indian Ocean in the searing heat, sometimes taking weeks. More than 200 million animals have been crammed onto filthy cargo ships over the last 30 years, and more than 2.5 million of them have been trampled to death or have died of dehydration, starvation, or disease.

A PETA US investigation revealed that betta fish – otherwise known as Siamese fighting fish – are often transported from dealers to pet shops in tiny plastic bags stuffed into cardboard boxes. During these journeys, these sensitive animals can be jostled around for days. Help spread the word and encourage others to let fish live in peace in their natural homes and not to support pet shops that sell them.

6. Never buy a puppy from a pet shop.

Pet shops that sell puppies obtain the animals from either puppy factories or backyard breeders. Puppies from many of these facilities are torn away from their mothers, packed into crates, and shipped in trucks – often without adequate food, water, ventilation, or shelter. Every penny spent at a pet shop supports this abuse, so buy your animal-care supplies only at stores that don’t sell animals or online, and always adopt from animal shelters.

7. Refuse to attend circuses that use animals.

Animals used in circuses are forced to spend most of their lives in cramped, barren cages and trailers. Most are allowed out of their cages only during the short periods when they have to perform. In Australia, Lennon Bros and Stardust circuses still imprison animals such as lions, monkeys, and camels. Help end this abuse by attending only animal-free circuses and signing our petition asking State Premiers to ban wild-animal circuses.

Zoos routinely transfer animals among facilities, which is a stressful and terrifying ordeal that often kills them. Transporting giraffes and zebras is especially risky because they’re skittish by nature and try to flee when frightened. Giraffes’ bodies are so fragile that they routinely injure themselves – sometimes fatally – by running into the sides of transport cages in panic. This happens so often that the primary transporter of giraffes for zoos in the US factors the cost of a government fine for accidents into its shipping price.

9. Speak up for horses transported and slaughtered for meat.

Every year, thousands of horses exploited by the Australian horse-racing industry are crammed onto trucks and transported to abattoirs to be killed. Others are discreetly loaded onto floats – often at night – to spare owners and trainers the guilt of seeing them shipped off to slaughter.

These horses are killed and either turned into dog food or processed in South Australia or Queensland to be sold as meat for human consumption. Their flesh is often shipped and sold overseas. Support the Coalition for the Protection of Racehorses in its proposal to establish a retirement plan for horses.

10. Spread this message far and wide to your family, friends, and colleagues.

There’s no better way to do this than by sharing the Animals Are Not Freight – Day of Global Action on social media. Knowledge is power – let your friends, neighbours, and family know about this campaign so that we can end the extreme crowding, exhaustion, dehydration, pain, and stress endured by animals in live transport.

Animals who suffer during transport need compassionate people to speak up for them – and your voice can make a difference.

For example, thanks in part to individuals who voiced their concern, almost every major airline in the world now prohibits the transportation of primates to laboratories.

Let’s make a difference by speaking out against cruelty in the transportation of all animals! 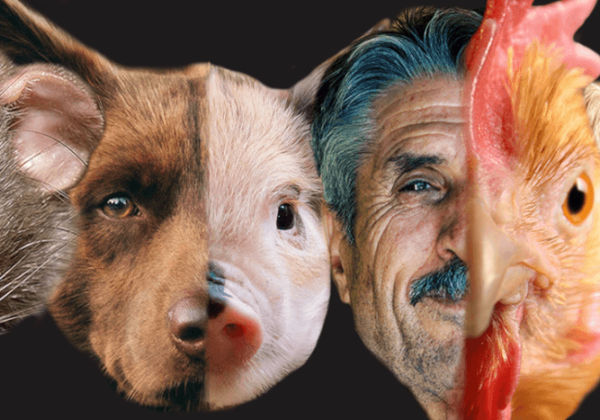