In the heart of Melton, Victoria, is a road called Wool Street that most Australians have never heard of – until now, that is.

We sent a letter to the city’s mayor and to Geographic Names Victoria suggesting that the street’s name be changed to Plant Wool Street.

Because we want to raise awareness of the abuse of sheep and the impact the wool industry has on the environment.

It’s a quirky idea, sure, but it should serve as a great conversation starter for a topic sheep are dying for humans to talk about.

The story of the wool industry is far from cosy. Because the industry selectively breeds sheep for profitable characteristics and slaughters them when their coats become brittle, in addition to clearing land for pastures and exterminating native species, it should be shunned by anyone who cares about animal welfare and the environment.

The WHO Behind Wool

No animals naturally evolved to need human interference in order to survive.

Selective breeding for excessive wool has led to many welfare problems for sheep, including blowfly infestations and the industry’s subsequent “solution” of cutting chunks of skin and flesh from lambs’ hindquarters with shears – known as mulesing.

All this occurs before these animals enter a shearing shed and then, inevitably, a slaughterhouse.

PETA entities have investigated 117 wool industry facilities on four continents, including Australia, and systemic abuse was found in every one.

The hours of eyewitness video footage reveal that workers beat, stamp on, kick, mutilate, and throw sheep around in shearing sheds. Rushed and rough shearing leaves many sheep with open, bloody wounds.

The Future of Wool Is Plants

The Made-By Environmental Benchmark for Fibres ranks wool as a Class E fibre, the worst possible category, based on its greenhouse gas emissions, human toxicity, eco-toxicity, and energy, water, and land use.

In addition, large areas of land must be cleared to accommodate millions of sheep. According to the World Wildlife Fund, Australia is the only developed nation on the list of the world’s deforestation hotspots.

As more consumers consider the impact of their purchases on animals and the environment, we feel certain that the future of wool is plants.

The market is already moving towards materials such as linen, Tencel, organic cotton, bamboo, banana bark, coconut fibres treated with enzymes extracted from oyster mushrooms, and Weganool, made of 70% rain-fed, regenerative organic cotton and 30% Calotropis fibres.

We’re sure our letter to the mayor will raise a few eyebrows, but it will make an important point, too: you can stay warm and be warm-hearted to sheep by choosing plant-based wool.

If you don’t know much about the way wool is produced, here’s your chance to learn. Click the button below to find out more: 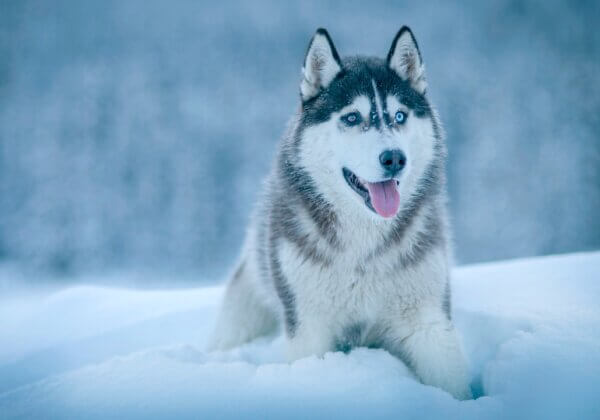 Photo by photo nic on Unsplash