Most children love animals, so it’s important that parents aren’t spending money and time trying to please their kids while contributing to industries and companies that hurt animals.

Here are some simple swaps for enjoying school holidays at home or abroad with respect for all sentient beings.

Instead of going to the zoo, take your children to an animal sanctuary.

Even under the best of circumstances at the best of zoos, captivity cannot begin to replicate wild animals’ natural habitats. Animals are often prevented from doing most of the things that are natural and important to them, like running, roaming, flying, climbing, foraging, choosing a partner, and being with others of their own kind.

Zoos teach children that it’s acceptable to interfere with animals and keep them locked up in captivity, where they’re frustrated, lonely, deprived of all control over their lives, and far from their natural homes.

Instead of taking children to a place that makes money from keeping animals incarcerated, take them to an animal sanctuary that rescues and rehabilitates animals in need. Genuine sanctuaries never breed animals or use them in commercial activities.

Instead of supporting a circus that uses and abuses animals, take your children to an animal-free circus.

Lions, monkeys, and other animals used by circuses to entertain audiences don’t jump through hoops or balance on pedestals because they want to. They perform these and other difficult tricks because they’re afraid of what will happen if they don’t – and children shouldn’t be led to see such animal abuse as normal.

Instead of heading to an aquarium or marine park, take your children snorkelling or boating.

In the multimillion-dollar aquarium industry, some of the world’s most sensitive and intelligent animals are kidnapped and forced to live inside cramped enclosures that are only dismal imitations of their natural ocean home.

From giant sharks to tiny seahorses, the animals exploited by aquariums in Australia all suffer. Instead of navigating vast oceans, they’re confined to glass tanks – where they’re exposed to flashing lights, loud noises, and crowds – and denied the opportunity to engage in their natural behaviour.

Snorkelling and boating are excellent ways for your children to experience a huge variety of tropical or freshwater fish, sea turtles, eels, rays, and other animals in their natural homes, on their own terms.

Instead of fishing for animals, take your children “fishing” for rubbish.

Fishing is not a wholesome parent/child activity. When fish are yanked from the water, they begin to suffocate. Their gills often collapse, and their swim bladders can rupture because of the sudden change in pressure. Numerous scientific reports from around the world confirm that fish feel pain.

Fish who are released after being caught can suffer from loss of their protective scale coating that makes them vulnerable to disease, a dangerous build-up of lactic acid in their muscles, oxygen depletion, and damage to their delicate fins and mouths. An estimated 60% of fish thrown back into the water after being caught will die shortly thereafter.

Why not do your bit and help your children do theirs by taking them to a local beach to “fish” for rubbish instead? Consumer items such as soda cans and plastic bottles can be deadly for unsuspecting wildlife and even dogs and cats. A day at one of the country’s countless beautiful beaches can be very fun and fulfilling for children – and they may even spot marine life in their natural environment.

Instead of riding horses, take your children to a botanical garden or park.

In a perfect world, horses would be free to pursue their own lives, and humans wouldn’t make selfish demands of them. They’re herd animals who, in nature, associate with other members of their large groups, graze in meadows, travel great distances, play, and engage in courtship behaviour. They have needs, wants, and interests that are entirely independent from what humans ask of and expect from them.

Horses deserve to live as nature intended. We can connect with them in our care and have a meaningful and mutually beneficial relationship with these sensitive animals without climbing on top of them.

Instead, you can have a picnic lunch with your children and spend an hour or two at a park or green space, where you can observe wildlife such as birds, lizards, and many other animals. Or you can immerse your senses in a botanical garden or conservatory, where you can see, smell, and touch plants from around the world.

Looking for other school holiday ideas? Why not try some of these free and fun kid-friendly vegan recipes by Sara Kidd or even have a go at making edible playdough? 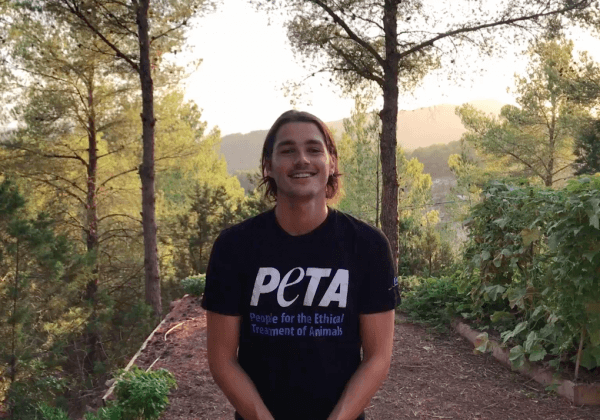 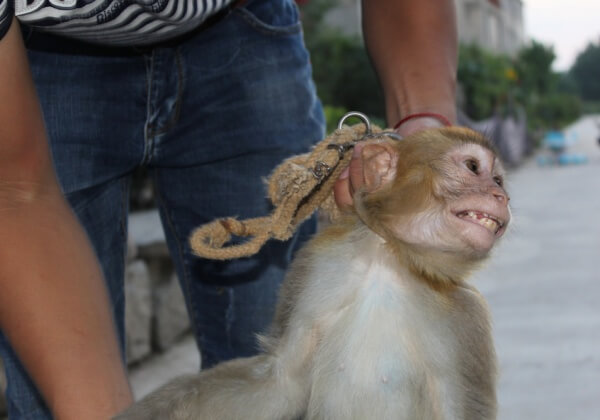 The Holiday Attractions You Need to Avoid if You Love Animals