What is the true price of leather?

A PETA video exposé featuring investigative footage from the non-governmental organisation Repórter Brasil of several cattle ranches in Brazil supplying JBS SA – the largest leather processor in the world – reveals that gentle cows and bulls were branded on the face, electroshocked, and beaten before finally being slaughtered to be made into the leather interiors offered by the world’s largest car companies.

It takes about three cows’ hides to cover the interior of a standard car. Here’s a look at what you could be supporting if you buy a Holden, Ford, Toyota, or Volkswagen car, among others, with seats, steering wheels, and gearshifts covered with leather.

Calves Torn Away From Their Mothers

The life of a cow in Brazil is short and painful. The eyewitness found that workers dragged calves away from their mothers and forced them to the ground by twisting their necks. One calf was yanked up by her ears and tail to make her move. It is also standard procedure for workers to punch holes in their ears without the use of painkillers.

To show ownership of the calves, workers on cattle ranches that supply to JBS used hot irons to brand them on the face – without any pain relief and counter to the minimum animal-welfare recommendations by the Brazilian Ministry of Agriculture. Older cattle were also forced into chutes, where they panicked and kicked as workers branded them on the back.

On the ranches, cows were forced into tight chutes for handling. The intense crowding led cows to panic and trample each other. Workers then kicked them and yanked them by their ears and tails. In desperation, some cattle tried to jump fences to escape. The eyewitness also saw a calf with a severe maggot infestation, a cow with a swollen head, and cows with open, bloody wounds.

Electroshocked on Their Way to Slaughter

When cows are roughly 3 years old, the ranchers send them to JBS-owned slaughterhouses. Workers jab cows around the anus with metal-tipped sticks and electric shock prods to force them onto the cramped trucks used to take them to slaughter.

Every year, millions of cows are killed in several JBS slaughterhouses in Brazil. Workers slit their throats before hacking off their skin and sending it to JBS tanneries, which produce leather for the automotive, furniture, footwear, and accessories industries worldwide. Automotive leather suppliers require an average of three adult cows’ hides to produce just one complete leather interior. In 2015, JBS’ 26 factories on three continents produced 10 million hides.

You Can Help Us End This Cruelty

Holden, Ford, Volkswagen, and Toyota are among dozens of major car companies connected to JBS, including the following:

The horrific treatment of cows on Brazilian cattle ranches is hardly an anomaly, as branding, ear-tagging, and electroshock are standard practices in the leather industry. Violent treatment of cows has been documented during transport in India, in slaughterhouses in Bangladesh, in factory farms in the US, and beyond.

Please, before purchasing a vehicle, remember the gentle calves, cows, and bulls who are suffering at the hands of the auto industry as well as for fashion items from retailers such as Clarks, Payless, and Rockport and for furniture sold at stores like Costco – all companies that have been linked to JBS.

Choosing vegan leather reduces the demand for skins from cows who are branded and shocked – just like those you’ve seen here – and who suffer every step of the way.

Urge car companies like Holden, Ford, Volkswagen, and Toyota to replace their leather interiors with vegan leather in all their car models so that consumers like you can easily make the compassionate choice for animals. 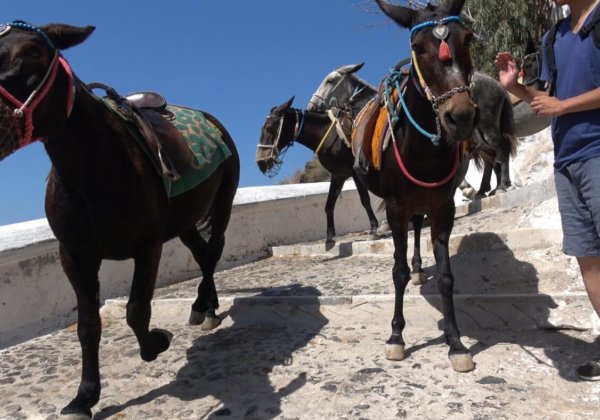 New Footage From Santorini: Donkeys and Mules Are Still Being Abused! 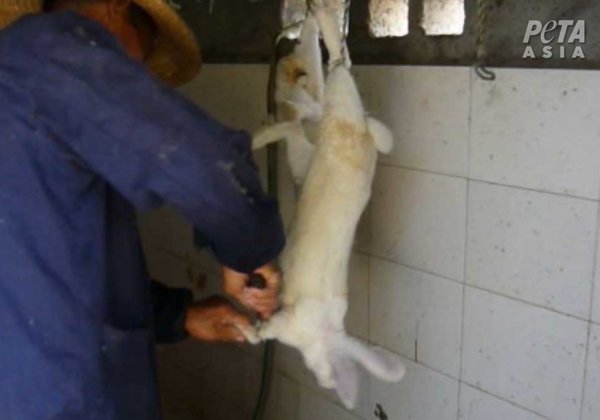 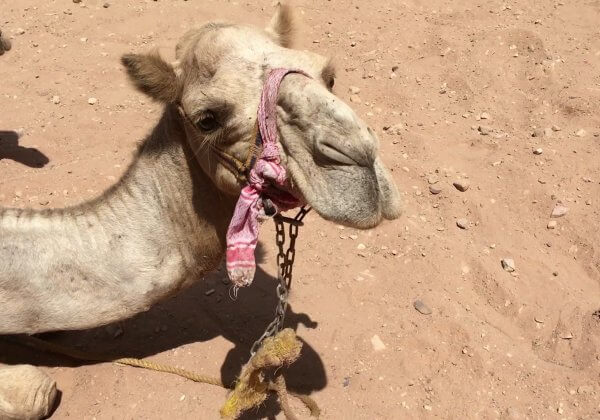 Horses, Donkeys, Mules, and Camels are Suffering in Jordan