As engines fired up at the Australian Grand Prix in Melbourne, PETA activists set up a sombre scene of gravestones at the event’s qualifying race to highlight Formula 1’s connection to another race – the Iditarod.

The Iditarod is a gruelling 1,000-mile dog-sled race, which half the dogs forced to participate don’t finish because of exhaustion, illness, or injury – and more than 150 dogs have died while running it.

Dogs forced to run in the Iditarod are subjected to biting winds, blinding snowstorms, and freezing temperatures as they pull heavy sleds through harsh Alaskan terrain. Every year, hundreds of dogs are pulled off the trail because they’re ill, injured, or too exhausted to go on – leaving the rest to be worked even harder.

In the off-season, they’re often left chained up outdoors.

Despite this cruelty, Formula 1 owner Liberty Media refuses to cut ties with the Iditarod and its subsidiary GCI continues to prop up this deadly race as one of the last remaining top sponsors.

Formula 1 is all about athletes pushing themselves to the limit, but it’s not sporting to force dogs to pull a sled until they collapse from exhaustion or die after developing aspiration pneumonia from inhaling their own vomit – the leading cause of death for dogs in the Iditarod.

Major sponsors such as ExxonMobil, Alaska Airlines, Coca-Cola, and Wells Fargo – along with dozens of others – have already ended their support of this cruel race.

It’s time for Formula 1 to race away from the Iditarod’s cruelty. 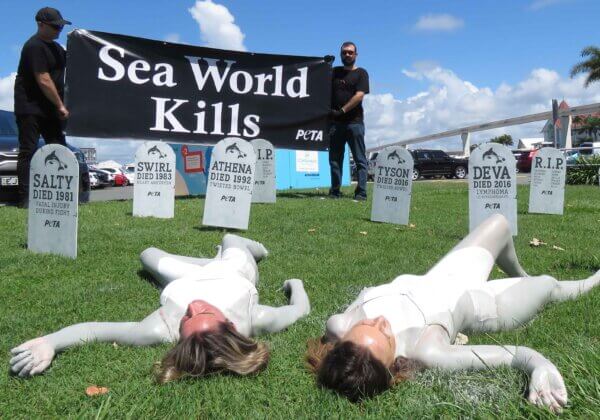