Just ahead of of his 62nd birthday, PETA has sent a gift to Prime Minister Malcolm Turnbull: a vegan leather jacket.

The jacket, specially made by PETA Business Friend James&Co, is black faux leather and similar in style to his infamous coat worn on ABC’s television program Q&A.

PETA chose the gift to point out to the Prime Minster that the leather industry is not only torture for animals but also toxic to the environment.

“Fashion is about more than just looking good – it’s also a statement about who you are and what you stand for.”

Cows killed for leather endure castration, branding, tail-docking, and dehorning – often without painkillers – before being skinned and dismembered alive.

In addition, the leather industry has a terrible impact on the Earth, from its greenhouse-gas emissions to the toxic tanneries that pollute nearby water supplies and expose workers to excessive amounts of chemicals, including arsenic.

Along with the jacket, was a note:

To wish you a happy birthday, we’ve had a vegan leather jacket specially made for you, so you can finally give animal skin the flick from your closet. A cruelty-free coat is the hippest wardrobe addition for any man with a social conscience. We hope this gift inspires you to take that dead weight off your shoulders and wear your heart on your sleeve once more.

Find Out More About the Cruelty of Leather 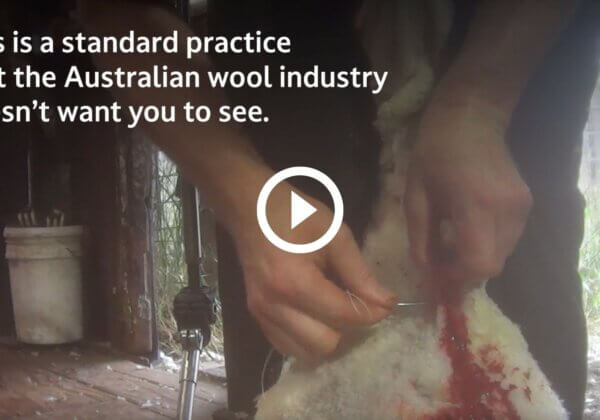