Whether we were speaking about speciesism in the streets, breaking new investigations, or petitioning for change, PETA has been relentless for animals in 2022. Watch this short video for just some of the highlights:

We continued our campaign to spare mice and rats the terror of the forced swim test, and after hearing from PETA, Macquarie University announced a ban.

We also submitted evidence to a New South Wales parliamentary committee inquiry into the use of animals in medical research. The legislative committee made 13 recommendations, including “rapidly phasing out” the forced swim test.

The pressure is now on the government to respond and accept these recommendations in 2023. Please take action to help ensure it does so:

In 2022, an investigator once again went inside a shearing shed in Victoria, this time in Birregurra. They witnessed the same rushed, violent shearing as in other sheds and found a ewe bleeding badly from a large cut on her chest. Blood poured out of her as the shearer used a huge needle and thread to cruelly stitch up the gash. No pain relief or veterinary care was provided.

In order to help more people understand the cruelty behind wool, we launched a new website called WoolFacts.com, and we promoted it as well as kindness to sheep on the streets of Melbourne, during Australian Fashion Week in Sydney, and even at the Australian Sheep & Wool Show in Bendigo.

We secured a commitment from Kong’s – Australia’s largest animal toy wholesaler – to stop using fur in the toys it manufacturers, and after we shared our badger-hair industry exposé with celebrity make-up artist Rae Morris, her brand banned badger-hair make-up brushes in favour of vegan ones.

We exposed the Responsible Down Standard as a sham that harms birds, showed the horrors endured by snakes and lizards who are skinned for Louis Vuitton and Gucci bags and boots, and kept the pressure on Hermès to stop factory-farming Aussie crocodiles, protesting outside its Sydney store and teaming up with supermodel Robyn Lawley for a heart-breaking viral video.

Racing Away From Cruelty

PETA petitioned the Queensland Government to abandon plans for a new greyhound racing track in Ipswich, and we joined Animal Liberation Queensland activists in a protest at the site. We rallied against Sydney’s Million Dollar Chase and held a “dinosaur dash” at Flemington ahead of the Melbourne Cup, with the message that “horse racing is prehistoric”.

The newly elected government then announced that it would ban live-sheep exports (hooray!), but disappointingly, it has not yet committed to a timeline, stating only that it won’t happen within its first term.

Our supporters sent thousands of letters to the new minister for agriculture calling for immediate action and for a policy against live export that includes all animals – not just sheep.

We followed up with a protest at Parliament House in Canberra. We won’t stop until the boats do!

One of PETA’s goals for 2022 was to raise awareness of the issue of speciesism.

For Easter, activists “barbecued” a lifelike doll in Surfers Paradise, challenging people to see lambs for who they are – babies. We set giant inflatable babies on the loose in Brisbane to remind people that cows’ milk is for baby cows, covered activists with fake blood and wrapped them on giant meat trays in Sydney, and put hooks into the mouths of “mermaids” outside a fish market.

Throughout 2022, PETA distributed funds to help animals suffering around the world, including to rescue those affected by the war in Ukraine and provide them with food, water, and veterinary care.

And as heavy rainfall pounded Australia’s East Coast, PETA staff, surrounded by floodwaters, worked to rescue stranded cats from a nearby flooded veterinary clinic. We also organised the shipment of much-needed animal supplies – including blankets, crates, and 100 kilograms of food – to New South Wales North Coast.

This year’s floods were just the latest in a string of wakeup calls indicating that we must be proactive about the climate catastrophe for the future of our planet and all its inhabitants – a message we took to the Sydney Opera House for World Vegan Month in November.

None of PETA’s work for animals would be possible without our supporters – YOU!

We’re proud to be a voice for change, and we will stay loud in 2023. Help us keep up the momentum by sharing this article on Facebook now: 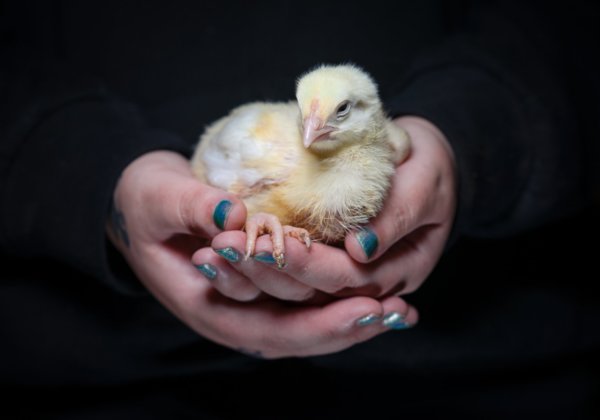