While many people are enjoying the health benefits of consuming soybeans—which are a great source of high-quality protein, magnesium, omega-3 fatty acids, potassium, calcium, iron, B vitamins, vitamin K, antioxidants, and fiber (but who’s counting?)—soy has also come under fire thanks to some misconceptions that haven’t gone away.

Let’s bust those myths and clear the air once and for all. 👊

Will soy give me gout?

This is a common misconception. In fact, research suggests that diets high in animal-derived foods—including processed meat—are actually the gout-causing culprits.

Researchers from Harvard Medical School analyzed the diets of more than 44,000 men who had never been diagnosed with gout. During the 26-year follow-up, more than 1,700 of them were diagnosed with the condition. Those who ate the most fruit, vegetables, and whole grains were 32 percent less likely to suffer from gout.

In addition, researchers who examined the diets of the more than 63,000 people who took part in the Singapore Chinese Health Study found that the participants who ate the most poultry, fish, and shellfish were the most likely to develop gout, while those who ate the most soy protein and legumes were the least likely.

Is all soy GMO?

While it’s true that the percentage of soy that’s genetically modified is increasing (up to 81 percent), you may find it interesting that approximately 85 percent of all GMO soybeans end up not in soy products but in the feed of factory-farmed animals—whose flesh, in turn, ends up on our plates. Another excellent reason to remove meat and other animal-derived foods from our diet!

Of the soy foods that are consumed directly by humans—such as tofu, tempeh, and soy milk—many clearly labelled “non-GMO” brands are widely available. Look for these in your local supermarket.

Does soy have a feminizing effect on men

(i.e., will soy give me “man boobs”) Soy products have no adverse effects on men.

A clinical study published by the U.S. National Library of Medicine found no effects of soy protein or isoflavones (a type of phytoestrogen) on reproductive hormones in men.

Even in Asian countries where soy intake is much higher than in Western countries, it hasn’t been found to have any feminizing effects.

Men’s Fitness magazine referenced a 2004 Italian study of children who had been raised on soy-protein formulas. The children showed no sign of gynecomastia (i.e., enlarged male breasts), early puberty, changes in bone health, or any other hormone-related issue.

What can we learn from soy and Asia?

Soy has been a staple food in Asia for centuries.

The incidence of major illnesses such as hormone-dependent cancers, osteoporosis, diabetes, obesity, and coronary artery disease is much lower than in the U.S.

As an example, the Okinawa Centenarian Study is a fascinating look at approximately 900 centenarians (people aged 100 or older) living on the Japanese island of Okinawa.  Their health and dietary patterns were studied, and it was found that routine exercise and a high consumption of fruits, vegetables, and soy were all part of their regular lifestyle. They’re obviously doing something right!

So what are you waiting for? Try that recipe you’ve been thinking about!

Why not go even further and ditch all animal-derived foods?

What better time to: 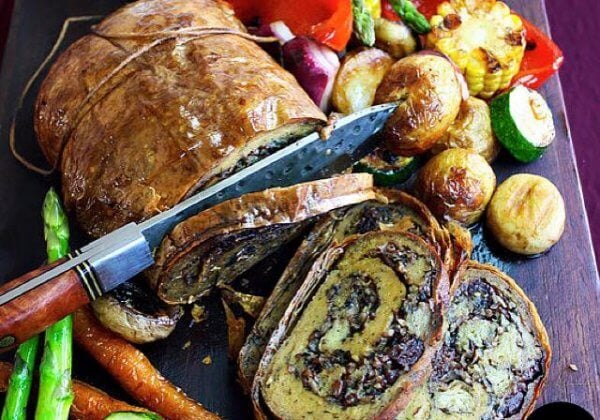 Vegan Chicken Options to Eat Instead of Birds