What made you decide to go vegan? For many of us, it was seeing how horribly animals suffer in the meat, fishing, egg, and dairy industries. So it makes sense that once we’ve made the transition to vegan living, we want to do everything in our power to help stop their suffering.

Our compassionate choices make a huge difference for animals – and we can have an even bigger impact by influencing others to go vegan and encouraging businesses to offer more animal-friendly options.

Don’t worry: it’s easy to spread the animal rights message. The key is to keep things positive and focus on how easy it can be, rather than striving to be a “perfect vegan” – an impossible goal – which risks making compassionate living look like hard work and deterring others from trying it. Check out our top 10 tips for being a down-to-earth, pragmatic vegan.

Going vegan is an act of kindness, and if we’re upbeat and positive about our decision to protect animals, the environment, and our health, others around us will be, too.

On the other hand, if we moan about minor issues that we encounter as vegans, we’ll give people the impression that going vegan means struggling or missing out. For instance, if you’re hosting a party and a friend brings a vegan cake, interrogating them about whether the sugar they used was processed using bone char makes vegan living seem complicated and restrictive.

We all know that eating vegan is easy, fun, and delicious, so let it show!

It can be easy to feel frustrated with friends and family who are resistant to going vegan, but most of us weren’t born vegan, and many of us made the transition gradually. Celebrate the positive steps people take towards a more compassionate life – criticising them for the ones they haven’t taken is likely to alienate them, and that doesn’t help animals.

There’s plenty you can do to help them keep moving in the right direction. If they have ditched meat but are still consuming dairy, you could offer to treat them to dairy-free ice cream, and if they’re struggling to leave eggs off their plate, you could whip them up a tasty tofu scramble.

When heading to a summer BBQ, why not take some delicious vegan burgers to share with friends? When people discover just how enjoyable vegan food can be and realise there’s no need to miss out on familiar flavours, they’re likely to be more open to learning about the issues with animal agriculture.

Effective advocacy is much more important than perfectionism. We live in a world where animal-derived products turn up in the unlikeliest of places – banknotes, anyone? – and it’s not always possible or practical to avoid them. Is taking a flight vegan? Rescuing a cat? Riding a rollercoaster? (There could be tallow in the lubricants.) It’s folly to think that where we draw the line is correct – and that anyone on one side is too restrictive while anyone on the other is too permissive. Criticising another person’s approach to being vegan is more likely to alienate them than to encourage change. And it’s dead boring. Don’t do it.

Photo by Viki Mohamad on Unsplash

Most food products, even completely vegan ranges, are made in factories where products containing eggs and dairy are also manufactured. Unless you have an allergy, you don’t need to worry about this. If the label on a chocolate bar reads, “May contain traces of milk,” but there’s no milk or other animal-derived foods in the ingredients list, the product is suitable for vegans. Eat the chocolate!

Every time we choose a protein-packed vegan burger instead of a beef patty, a delicious vegan pizza over a meat-laden one, or non-dairy milk rather than cows’ milk, we’re voting with our wallets for more animal-friendly options.

Avoid asking loads of questions of busy serving staff when ordering at a restaurant. Choosing a plant-based meal reduces animal suffering – but if you grill your waiter about the source of mono- and di-glycerides in the bread or whether the lemon used to garnish your drink was waxed, you’ll make vegan living seem difficult and annoying.

Unless you have an allergy, insisting on absolute purity isn’t necessary and may make restaurants less likely to offer vegan options. In a world where animal-derived foods are so ubiquitous, accepting the possibility of cross-contamination doesn’t mean we’re any less vegan.

8. Keep your cool when something goes wrong.

Many food outlets are working hard to respond to the booming demand for vegan options, but mistakes can happen. If a café, fast-food joint, or restaurant accidentally serves you something non-vegan, politely bring it to their attention and give them a chance to make it right. If businesses are publicly slammed every time there’s a mix-up, they may become cautious about offering vegan options or just give up to avoid the hassle.

9. Be a cheerleader for vegan options.

The more that we let companies know how much we love their vegan options, the more likely they are to introduce more. Sing their praises in person, by e-mail, by letter, or on social media. Spread the word about amazing new vegan food experiences, and bring your friends and family along to your favourite places.

There are so many ways we can advocate for animals in our everyday lives – such as by carrying leaflets to leave in waiting rooms, starting friendly conversations in the supermarket, or bringing vegan mac and cheese to a potluck at work.

Always keep in mind that the best way to help reduce animal suffering is to show other people how easy and enjoyable it is to be vegan.

There’s never been a better time to go vegan, and we’ve got heaps of information on the tastiest foods to look out for – whether you’re eating at a chain restaurant, jetting off on holiday, or picking up groceries on your lunch break. 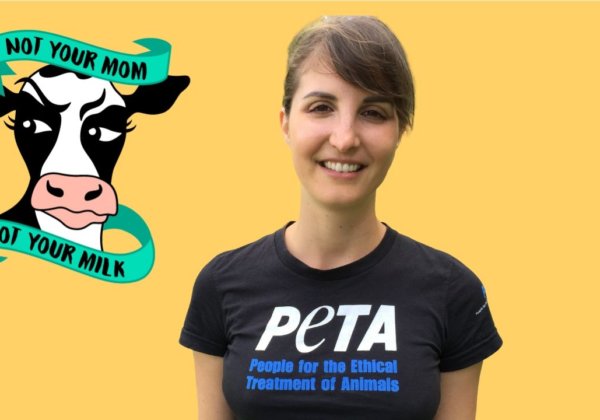 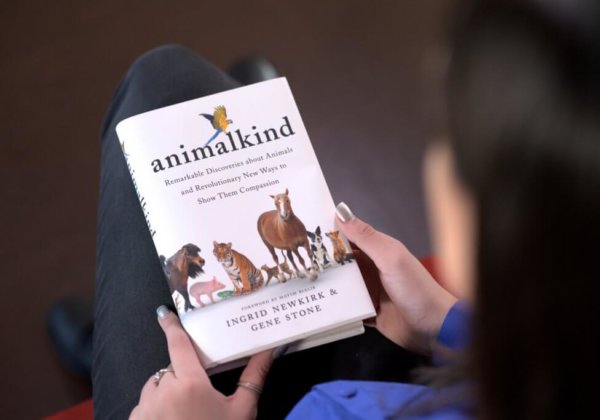 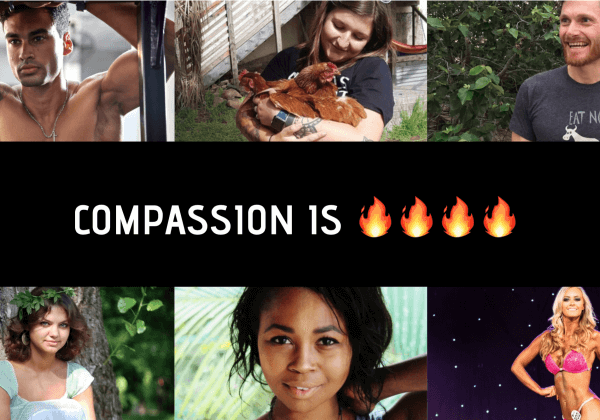