Every year, countless animals are dissected in elementary, secondary and college science classes all across Australia. Each animal who’s cut open and discarded represents not only a life lost but also a part of a long trail of animal abuse and environmental havoc. No state education department in Australia has made dissection compulsory. Dissection is also not an essential preparation for students who will study medicine or veterinary science, and students are entitled to submit a conscientious objection without penalty. Yet most medical schools in Australia (with the exception of the University of Adelaide and Newcastle University) still use animals in teaching.

Classroom dissection desensitises students to the sanctity of life. Research has shown that a significant number of students at every educational level are uncomfortable with the use of animals in dissection and experimentation. Studies also suggest that exposing young people to animal dissection as “science” can foster callousness towards animals and nature and even dissuade some from pursuing careers in science.

Students don’t need to cut up animals to understand basic anatomy and physiology. Those who plan to go into a medical field would do better to study humans in a controlled and supervised setting, examine human cadavers or use any of the many non-animal teaching methods available, such as computer models and sophisticated simulators.

Dissection is left to the discretion of the teacher within the guidelines of the syllabus but usually continues in schools because of “tradition”. Humane teaching methodologies are widely available and can be borrowed for free from Humane Research Australia, including 3D models and DVDs.

Schools throughout Australia are giving children a lesson in cruelty to animals by using live chicks as teaching tools. These hatching programmes do not give students an accurate picture of the life cycle of chickens or how they behave, and birds used in these projects may become sick and deformed because of improper care. Their organs can stick to the sides of the shells if the eggs are not rotated properly. If schools turn off the heat for the weekend, the embryos can become crippled or even die. Eggs often hatch on the weekends, leaving newborn chicks to fend for themselves until teachers and students return.

Children do not get to see a mother hen sitting on and tenderly turning her eggs or clucking softly to her unhatched chicks as they chirp back to her and to each other from inside their shells. Nor do they see how most chickens who are raised for their eggs or flesh are kept inside tiny cages or crowded, filthy sheds and cruelly killed. This programme merely teaches children that animals are here for their amusement.

Once the programme is over, chicks are either sent back to the farm to face a horrific life as part of the food industry or sent home with children to parents who didn’t expect them and who are then left to try and care for them. Many of the chicks used in these programmes turn out to be roosters, and frustrated parents dispose of these unwanted birds through any means possible.

Many teachers consider keeping animals in their classrooms to be a way to teach students about responsibility, animal care, animal science and more. We know that many teachers who keep classroom “pets” do so with good intentions, but the classroom simply isn’t a suitable home for an animal.

Children can learn responsibility and develop respect for animals in countless ways that don’t involve putting a single animal at risk – including learning responsibility through community service projects, caring for plants or a school garden, observing local wildlife, watching high-quality documentaries or using computer programmes. Children should never be misled into thinking that animals are classroom tools.

PETA oppose zoos, aquariums and circuses because they deprive animals of the opportunity to satisfy their most basic needs. The zoo, aquarium and circus communities regard animals as commodities, and they’re regularly bred, bought, sold, borrowed and traded without any regard for their well-being or established relationships. Zoos and circuses breed animals because the presence of babies draws in visitors and boosts revenue. But the animals’ fate is often bleak once they outgrow their “cuteness”.

All zoos and wildlife parks preclude or severely restrict animals’ natural behaviour, and the physical and mental frustrations of captivity often lead to abnormal, neurotic and even self-destructive behaviour, such as incessant pacing, swaying, head-bobbing, bar-biting and self-mutilation. Zoos, aquariums, circuses and farms (including mobile petting zoos) are not places where children learn about compassion towards animals.

In one UK study, sociologists gathered data from children between the ages of 7 and 15 both before and after they visited the London Zoo. The researchers found that 59 to 66 per cent of children had no positive educational experience, and in many cases, the trip to the zoo even had a negative impact on children’s understanding of animals and their habitats.

Any teacher using animals in the classroom is personally responsible for the welfare of the animal. If you have observed an animal being mistreated in a school environment, legal accountability is with the teacher responsible for that animal. The Schools Animal Welfare Officer from the New South Wales Curriculum & Learning Innovation Centre says that as far as teachers’ responsibilities for the animals in their care are concerned, “Ignorance is no excuse for breaking the law”.

In addition, schools in Australia are required by law to report all grievances or complaints regarding animals as they occur. This means that just one or two complaints by students or parents about the treatment of animals in schools could be enough to end a programme that involves animals – which puts students and parents in a powerful position in which speaking up about the use of animals in schools could make a very real difference and save many animals’ lives.

Teachers can plan lessons and activities for students that don’t involve the use of animals. Many great lesson plans and ideas are available online, and lots of them relate specifically to Australian curricula and wildlife. 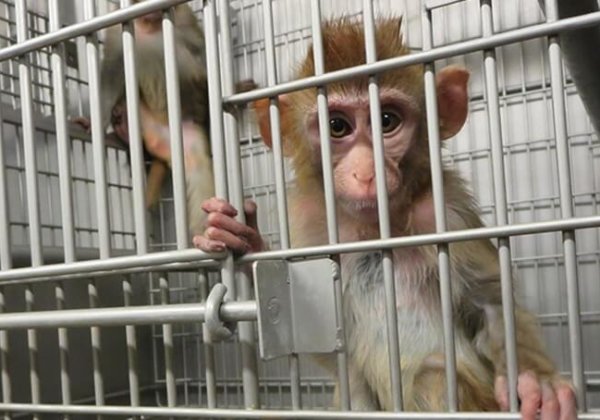