Angora rabbits have been bred to have very long and soft fur, which is turned into “luxury” clothing and accessories.

China produces 90 per cent of the world’s angora, and many people are unaware of the cruelty involved.

The Reality of Angora Farms

In 2013, PETA Asia released never-before-seen investigative footage of angora fur farms. The eyewitness documented that workers violently ripped the fur from rabbits’ sensitive skin as the animals screamed in pain.

After this ordeal, which they endure every three months, many of them appeared to go into severe shock, lying stunned and motionless. If they’re still alive after two to five years of this trauma, workers slit their throats and sell their carcasses.

Rabbits whose fur is cut or shorn also suffer: their front and back legs are usually tightly tethered – a terrifying experience for any prey animal – and the sharp cutting tools inevitably wound them as they struggle desperately to escape.

They spend their lives confined to filthy, barren wire cages that harm their delicate feet, and they’re denied bedding and the companionship of other rabbits.

In China, there are no standards to regulate the treatment of animals on fur farms and no penalties for animal abuse. When you buy a jumper, hat, or other garment that contains angora, the fur will most likely have originated in that country, even if the finished product was assembled elsewhere.

Ethical designers and brands are shunning angora in droves. In 2015, the Just Group – which owns retailers such as Just Jeans, Jay Jays, Dotti, and Portmans – announced that it would no longer source garments made from angora, thanks in part to receiving thousands of letters from PETA supporters.

The world’s largest clothing retailer, Inditex, not only permanently banned the material from its clothing lines but also donated 20,000 brand-new angora garments from previous seasons to Syrian refugees in Lebanon.

ARIA Award–winning singer Kimbra shot an eye-catching PETA ad in 2016 to remind people that angora is best left on bunnies, where it belongs.

“Please think twice before buying that sweater”, she says. “If the label says ‘angora’, remember these rabbits and leave the item on the rack.”

How to Help Rabbits

Rabbits are gentle, intelligent, and socially complex animals who have individual personalities, just like dogs and cats do. In their natural habitat, they live in scrupulously clean burrows and spend their time foraging for fresh, leafy food and interacting with members of their warren. Take the following steps to help rabbits today:

Many people are unaware of the cruelty inherent in the angora industry. With your help, we can change that. 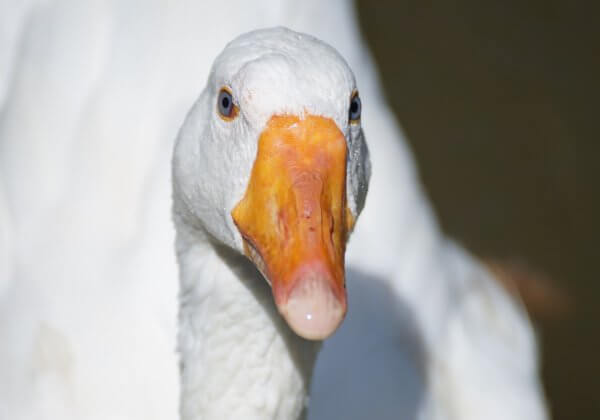 Down Is Plucking Hell for Geese and Ducks