Whether you’re worried about greenhouse gases, water pollution, deforestation, or drought, it’s clear that eating meat and other animal-derived foods is bad news for the environment. According to the United Nations, raising animals for food is “one of the top two or three most significant contributors to the most serious environmental problems, at every scale from local to global”.

Here’s the lowdown on some of the ways animal agriculture harms the environment:

An extensive 2021 study published in Nature Food found that animal agriculture is responsible for up to 20% of global greenhouse-gas emissions, mostly a result of enteric fermentation by ruminant animals.

Animals such as cows and sheep are ruminants, meaning they have multiple stomach chambers. As they digest their food, gases build up inside their intestines and must be expelled. They release enormous amounts of methane gas into the atmosphere.

According to the United Nations Economic Commission for Europe, methane has 28 to 34 times the impact of carbon dioxide over a 100-year period – and during the first 20 years after it reaches the atmosphere, it’s 84 to 86 times more potent.

The researchers studied 171 crops and 16 animal-derived foods in 200 countries and found that the use of animals for meat and dairy causes twice as much pollution as producing plant-based foods.

The expansion of land for agriculture is the leading driver of deforestation, and systems of production that use animals take up the most space per calorie.

Globally, animal agriculture takes up 27% of the Earth’s surface area, including the land used to graze animals and grow crops to feed them, while cropland used to feed and clothe humans takes up just 7%.

While many Australians imagine that urbanisation is to blame for deforestation in their own backyards, the local situation reflects the global statistics.

In an interview with the ABC, WWF conservation biologist Dr Martin Taylor said that people don’t think about agricultural clearing because it’s hidden from view.

“People do see their local favourite patch of bush being bulldozed for a housing or industrial estate, or a road… That turns out to be a small percentage of the total destruction in Eastern Australia,” he said. “Most of it is out bush, far from the public gaze, and most people don’t know it’s going on.” He also noted, “Eighty-five per cent of it is just for beef cattle pasture or for sheep pasture.”

Government reports back up the WWF’s findings. In 2020, the New South Wales government commissioned a report which found that “thinning for pasture expansion” is putting biodiversity at risk. Meanwhile, in Queensland, the government’s report “Land Cover Change in Queensland – Statewide Landcover and Trees Study Summary Report: 2016–17 and 2017–18” found that over 90% of the clearing recorded between 2016 and 2018 was for “pasture”.

Land clearing and, ultimately, habitat loss are the biggest drivers of species extinction.

Tree clearing in Queensland alone is estimated to kill 34 million animals – including 900,000 mammals, 2.6 million birds, and 30.6 million reptiles – each year.

One of Australia’s most iconic animals, the koala, is listed as “vulnerable” under national environment laws, a status which is under review and could be upgraded to “endangered”. A 2020 parliamentary enquiry in New South Wales found that koalas will go extinct in the state by 2050 without prompt intervention to protect their habitat.

In late 2020, politicians in New South Wales battled over a piece of legislation that focused on koala habitat. The leader of the National Party argued that making it more difficult to clear land would be a “nail in the coffin” for farmers.

The government has now agreed to the new rules, but most private rural land – or farmland – is exempt, a move the Nature Conservation Council said was like signing a death warrant for koalas.

As if clearing animals’ habitats of native vegetation weren’t enough, farmers in Australia hunt kangaroos who graze on the pasture created for sheep and cows. They also hunt the dingos and birds of prey who stalk lambs. In the UK, farmers kill foxes, and in the US, it’s coyotes – all for the same reason.

This is the case all over the world: native species are being sacrificed to make way for domesticated animals deemed “productive” by humans.

Water Use and Pollution

In times of drought, we talk about reducing time spent in the shower and heeding restrictions on watering our gardens – but in truth, we’d save a lot more water by not consuming animal-derived foods.

Plus, animal agriculture – or, more specifically, the animals’ waste – is a major culprit in the pollution of waterways.

Most of the water used in animal-agriculture systems returns to the environment in the form of liquid mature, slurry, and wastewater. Farmed animals’ waste contains large amounts of phosphorus, nitrates, and pathogens, which can run off into waterways and leech into groundwater. Such high levels of nutrients in water can also lead to excessive algal growth, known as eutrophication, which limits light penetration in the water and causes plants below the surface to stop growing or die off, upsetting the entire ecosystem. The algae may also use all the oxygen in the water, resulting in the death of marine animals.

In New Zealand, up to 99% of the rivers running through urban and farming areas carry pollution above water-quality guidelines and 76% of freshwater fish species are threatened or at risk, largely because of waste from the country’s huge dairy industry.

In coastal areas, off-shore fish farming pollutes the surrounding area with waste such as faeces, which eventually settles on the seafloor. The aquaculture industry in Tasmania has caused dramatic drops in oxygen levels in Macquarie Harbour and “dead zones” on the seafloor.

The easiest way to help the environment today is to go vegan.

The United Nations has stated that a global shift towards plant-based eating is essential to combat the worst effects of climate change, and research from the University of Oxford found that going vegan is “the single biggest way” to reduce our individual environmental impact.

By going vegan, you’ll spare nearly 200 animals per year a life of misery and a terrifying death, too.

As individuals, we can make a big difference through our choices. It’s not enough to sit around and wait for politicians and corporations to take action to save our planet.

If not you, then who? If not now, then when? 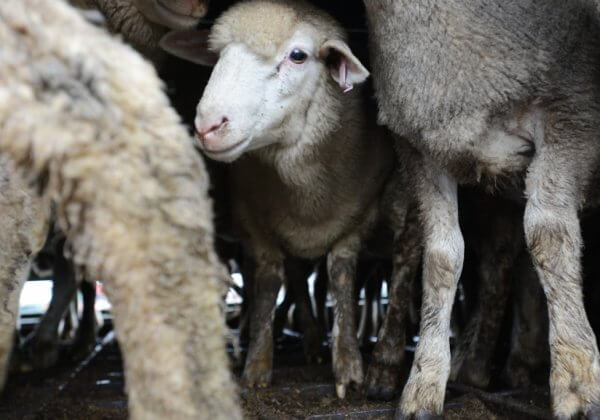 The Truth About Sheep Used For Food

Fish Facts You Need to Know 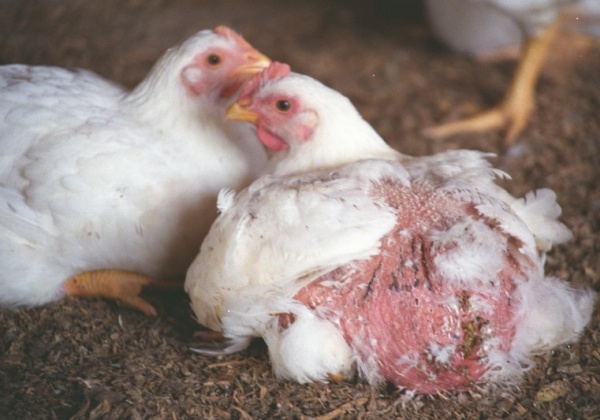 The Truth About Chickens Used for Meat in Australia