New Zealand is famous for its clean and green image, but behind the tourism ads showing luscious green forests and snowy mountain peaks is a farming practice that’s muddying the scenery – and the country’s environmental reputation.

On the South Island of New Zealand, cold winter temperatures mean grass is scarce and can’t grow quickly enough to feed the vast numbers of cows, sheep, and deer being bred and raised on the land. Farmers confine herds to small paddocks on which they’ve planted a crop and leave them there until the groundcover has been grazed down to bare mud. This is intensive winter grazing.

Faeces and urine quickly accumulate in the area, while rain and snow turn the frequently trampled earth into an inescapable mud pit. Cows may end up standing knee-deep in mud and are sometimes even forced to give birth in these conditions.

Motherhood in the Mud

When a cow is ready to give birth, she will try to find a clean, dry area away from other cows. Throughout the winter, though, cows on New Zealand’s South Island often have little choice but to bear their babies in muddy, wet paddocks.

Animals such as cows need to lie down for rest and digestion, but they hate lying on sodden ground and will avoid it until they are completely exhausted. Standing in wet conditions causes their hooves to go soft, making them more prone to lameness. They also often have a bad diet which causes gut health problems, and many are loaded with antibiotics to prevent mastitis which is exacerbated by lying in mud.

However, farmers in the dairy industry could care less about calves, many of whom they intend to slaughter for veal anyway.

Just like humans, cows produce milk for only one reason – to feed their young. In 2019, New Zealand’s dairy industry slaughtered 1.8 million calves, and most of them were only 4 days old. If a calf is female, she’s likely to endure the same fate as her mother, being forcibly impregnated and separated from her babies year after year until her body is spent and no longer able to produce sufficiently profitable volumes of milk to make her valuable to the industry. Then, she, too, will be sent to the slaughterhouse at just a fraction of her natural life expectancy.

Since 1994, the number of cows used by the dairy industry in New Zealand has grown by 70% to 6.5 million. This is far more animals than the land can sustain, and their phosphate-, nitrate-, and pathogen-rich effluent is running off into waterways, causing toxic algae blooms, asphyxiating marine ecosystems, and affecting all freshwater species and other animals (including humans) who rely on healthy waterways to survive. In 2019, runoff from a winter grazing operation forced a kindergarten near Invercargill to close.

Ministry for the Environment, CC BY-ND

You Can Help Stop This

Intensive winter grazing in New Zealand is unnecessary, with a terrible impact on the environment and animals, including our own species. For consumers, the answer is simple: ditch dairy.

Humans are the only animal who very unnaturally drink the milk of another species and who drink milk beyond the age of weaning.

It’s easy to find milks, chocolates, cheeses, and ice creams made from soy, coconuts, rice, almonds, hemp, oats, and other plants. They’re delicious and better for the environment, and they don’t hurt animals.

Ready to make a change? Sign our vegan pledge, and we’ll send you tips and resources to get you started. 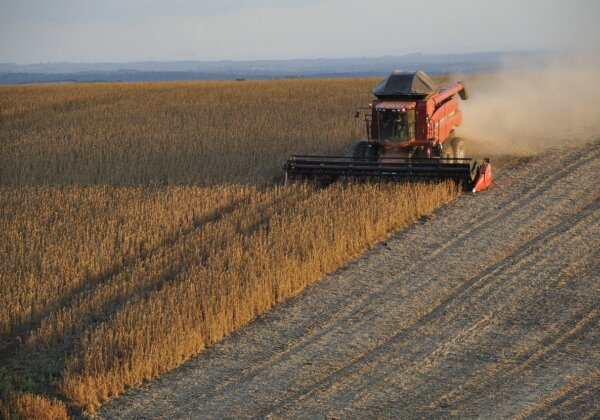 Is Soy Bad for the Planet?